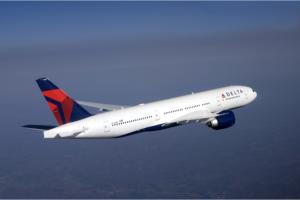 “We are delighted to see the return of our summer seasonal flight between Athens and New York, offering customers more choice, nonstop convenience and onward connections to more destinations in the U.S. than any other carrier including popular destinations such as Florida and California,” said Perry Cantarutti, Delta’s senior vice president of Europe, Middle East and Africa. “The route is popular with both business and leisure travelers and we are already seeing very positive booking figures. This summer, our passengers will also be able to enjoy a range of new in-flight amenities, complementing Delta’s award winning on board service.”

Our BusinessElite customers will have the opportunity to experience the new Westin Heavenly® In-Flight bedding, designed and manufactured exclusively for Delta by Westin Hotels & Resorts. In addition, Delta has also introduced a new BusinessElite amenity kit featuring Tumi and Malin+Goetz products.

Nonstop service between Athens International Airport and New York’s John F. Kennedy airport will recommence on Sunday 2 June 2013. The flight will operate daily using an Airbus A330-300 aircraft with 298 seats, and will be operated in junction with Air France KLM. 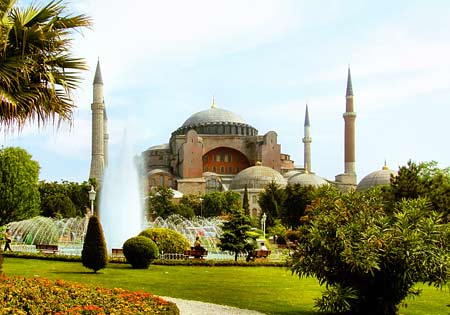 Cultural,  historical and  religious wealth spots in Turkey offer all the major beliefs of the world as Islam and Christianity a great opportunity for visiting the country.
Religious tourism or pilgrim tourism in Turkey is growing in popularity. These tours are perfect for people who want to trace back the history of their religion, visit Biblical places and hear the legends related to the apostles. Many luxurious or even cheap holidays in Turkey include the following hot spots of religious tourism.

Hagia Sophia Church, Istanbul
Located in Istanbul, it is a legacy made for both Christian and Muslim culture. It was originally a church converted into a mosque by Sultan Mehmed the Conqueror. Here, you will see one of the most beautiful architectural designs. The magnificent dome will take your breath away as it is almost 56 meters high and 31 meters in diameter. It was included in UNESCO’s List of World Heritage.
Ephesus, Izmir
Located near the Aegean Sea, it is one of the greatest cities of the Greeks in Asia Minor. It

is a sacred site for Christians due to its strong association with biblical figures such as Apostle Paul, John the Baptist and Mary. It is also a tourist attraction for travellers on Mediterranean cruises. It used to be home of the Temple of Artemis which is included in the Seven Wonders of the World.
Chora Church, Kariye Müzesi
Just like Hagia Sophia, Chora Church was also a church that was converted into a mosque.

It is one of the most beautiful examples of a Byzantine church. Inside the building is a beautiful interior covered with fine mosaics and frescoes. These paintings are of religious figures such as Mary, Joseph and Moses.
Church of St. Peter, Antakya

Antakya or Antioch is the place where Peter lived. This small cave church is regarded as the world’s first church where saints named the new religion Christianity. It is believed to be carved by Peter himself. The church also includes pieces of floor mosaics and frescoes.
Pool of Sacred Fish, Urfa
Known as the place where King Nimrod attempted to murder Abraham by throwing him

into a furnace. It was believed that with God’s will, fire turned into water and wood turned to carps. Here, you can enjoy the scenic beauty and appreciate the infrastructures that surround it.
More information and tour programs 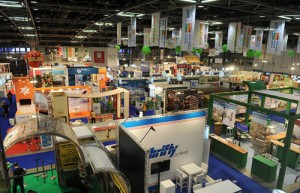 Greek National Tourism Organization   participated in the 18th International Tourism I.M.T.M held on 14 and 15 February in Tel Aviv Israel. I.M.T.M.  is the largest annual exhibition in the Eastern Mediterranean and takes place under the auspices of the Israeli Ministry of Tourism.
The large participation of both professionals and the public and the very positive reception of the Greek participation highlighted the dynamics of the Israeli market for Greek tourism, which reflected estimated growth in incoming tourism in the region of 20-25% for 2012.
The General Secretary of the G.N.T.O  Mr. Koletsos gave a series of interviews to 8   journalists of Channel 2 in Israel’s state television, to the HAARETZ newspaper  and to Channel 1 of the Israeli radio in Jerusalem, achieving maximum visibility and publicity of the competitive advantages offered by Greece as a tourist destination.
The full support of the mission of G.N.T.O offered ambassador to Israel, Mr. KyriakosLoukakis.
The Greek pavilion  also visited the international basketball player Theo Papaloukas who supported our participation and lured crowds to visit.
It is widely believed that there  is the need for planning and implementing actions for the transformation of the Israeli market in emerging market tank for Greek tourism

Just a small video for all our friends

After an increase by 4% in 2011, according to the latest UNWTO World Tourism Barometer international tourist arrivals are on track to reach later this year.

“International tourism hit new records in 2011 despite the challenging conditions,” said UNWTO Secretary-General, Taleb Rifai. “For a sector directly responsible for 5% of the world’s GDP, 6% of total exports and employing one out of every 12 people in advanced and emerging economies alike these results are encouraging, coming as they do at a time in which we urgently need levers to stimulate growth and job creation,” he added.

Despite persistent economic uncertainty, tourist arrivals to Europe reached 503 million in 2011, accounting for 28 million of the 41 million additional international arrivals recorded worldwide. Central and Eastern Europe and Southern Mediterranean destinations (+8% each) experienced the best results. Although part of the growth in Southern Mediterranean Europe resulted from a shift in traffic away from the Middle East and North Africa, destinations in the Mediterranean also profited from improved outbound flows from markets such as Scandinavia, Germany and the Russian Federation.

“Travel facilitation is closely interlinked with tourism development and can be key in boosting demand. This area is of particular relevance in a moment in which governments are looking to stimulate economic growth but cannot make major use of fiscal incentives or public investment,” said Mr. Rifai. 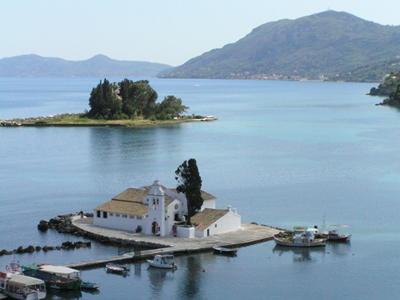 Just before the end of 2011, arrivals of tourists are expected to reach 16.5 million and tourism revenues go up more than 10% over last year, equivalent to a 1% increase in GDP.

For the next years the role of tourism is expected to be a catalyst for leaving the country from crisis. According to a recent study by the McKinsey Company on behalf of the Hellenic Federation of Enterprises and the Union of Greek Banks, 220,000 new jobs can be created by the increase in incoming tourists in the most dynamic sector of the Greek economy.

By 2021 the contribution of tourism to the GDP of Greece is estimated to exceed 1 / 5 which means that the direct gross value added of tourism (direct and indirect contribution) can increase by 18 billion and reach 50 billion euro. Again, according to the study data, these numbers represent 44% of the number of new jobs over the next decade, but 36% of the estimated total development of the country.

In 2010, directly and indirectly employment in the tourism industry in Greece was 746,000, according to the WTCC (World Travel & Tourism Council) which is equivalent to 17.9% of total employment in the domestic economy, while during the last decade tourism contribute consistently above 16% of the GDP and covers 1 / 3 of the trade deficit.

The Association of Greek Tourist Enterprises stresses that Greece can serve 20 million arrivals by 2014, ie 20% more than the year’s record high of 16.5 million arrivals, with what this means for increasing employment.

We wish all our friends a Merry Christmas. May peace be  all over the earth and finish the financial crisis so more and more people be able to travel and enjoy life, discover new places, meet new people and discover new cultures and places.

From all of us here at the Easytraveller.gr

Louis Cruises announces that as of January 16th 2012, Mr. Kyriakos (Kerry) Anastassiadis is appointed to the position of CEO of the company.

Mr. Anastassiadis was raised in South Africa where he studied Commerce at the University of Witwatersrand and obtained a postgraduate title in Market Analysis and Advertising. He is distinguished for his rich and multifaceted experience since he has worked as General Manager, CEO and President at large multinational corporations such as Coca Cola, Procter & Gamble, Polaroid and others, in a number of countries including Italy, China, the United Kingdom, the United Arab Emirates and Greece.  With Greek and English being his mother tongues, Mr. Anastassiadis is also fluent in French, Italian and Portuguese.

Commenting on this development, Mr. Costakis Loizou, Executive Chairman of Louis Group, made the following statement: “I warmly welcome Mr. Anastassiadis to Louis Cruises and our Group in general and express my confidence that his valuable experiences and the knowledge he acquired on an international level at leading multinational corporations will play a constructive role in Louis Cruises’ further enhancement and development. I wish the new CEO of Louis Cruises every success in the most important role he is undertaking”.

Referring to his new role, Mr. Anastassiadis underlined that: “It is with pleasure that I undertake the position of CEO at Louis Cruises, a subsidiary of a group with a 76 year long history in tourism and cruising in the Eastern Mediterranean. Louis Cruises is currently renewing its fleet and operations and I am confident that in cooperation with the rest of the management team we will set sail at full speed ahead towards new success”.

The Minister of Culture and Tourism of Greece, Pavlos Yeroulanos, and the President of AIMS, Paco Borao, opened a permanent headquarters for AIMS in offices within the Olympic Complex in Athens at an address bearing the name of the first Olympic Marathon winner, as it is located in Spyros Louis Avenue.

Remarking on the currently adverse economic conditions in Greece, Paco Borao commented that despite this background:
“The main purpose we are here today is most important for the organizations present here: the promotion of running in general and especially the marathon race. I would like to thank the hundreds of AIMS members and the millions of runners around the world that I am proud to represent here today; our sponsors for the trust they have in the running movement and our Association as the world entity representing them; the Greek Ministry of Culture and Tourism for giving us this great opportunity to establish our headquarters here in Athens – where better than where both the legend and the first marathon race originated?; and to the people at the Hellenic Athletic Federation and the Athens Classic Marathon organising committee who have done so much to realise this achievement.
“This alliance will help to bring tourists to Athens, and to the whole of Greece. Not any tourists but sporting visitors who deeply believe in such values as goodwill, friendship and solidarity with the intention of visiting the birthplace of the event that has had such an impact on their lives – the Marathon. We, AIMS, are here because we also believe in these values and we believe in the capacity of the country to continue to fulfil them. We will do our utmost to make this agreement a success for us both.”

Heraklion Crete Island Greece Heraklion port authorities welcomed the arrival of new cruise ships and is encouraging more cruise companies to include Heraklion in Crete island in their itineraries.
Very close to many archaeological sites gives you the opportunity to be an eye witness of places where the western civilization started a few thousand years ago.
The Heraklion is a modern vibrant city with nice architecture and a very interesting museum with excellent ceramic paintings.
Enjoy the Greek and Mediterranean food in the restaurants and taverns of Heraklion and taste the local wine and “raki” the local spirit.
This very informative video is made by the port authorities of Heraklion.